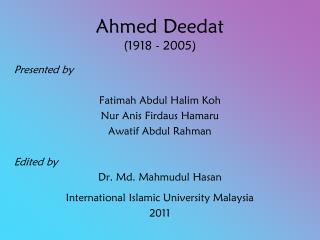 The Interwar Years, 1918-1939 - . by: laurie linscomb. the interwar years. labor forces and productive capacity had been

Why did Germany finally lose in 1918? - . l/0 – to identify and evaluate the reasons for the german defeat. events in

CENTRAL BANK OF THE U.A.E. 2005 - . avenues for investing liquidity in an islamic banking environment. presentation by: