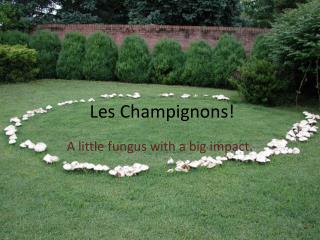 Les Champignons!. A little fungus with a big impact. Le Champignon; The mushroom. What are they? How have they been used? How did France become a leader in the industry? What role did they play in the shaping of a nation?. Video Time!.