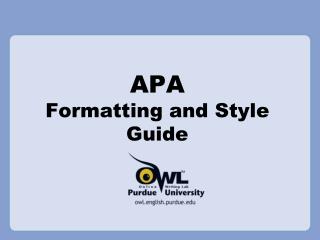 APA Formatting and Style Guide. What is APA?. APA (American Psychological Association) is the most commonly used format for manuscripts in the Social Sciences. What does APA regulate?. APA regulates: Stylistics In-text citations References (a list of all sources Accelerando (Accel.) - . gradually speed up. the practice if improvising alternating 4-measure solos between an

Tutorial 7: Using Advanced Functions and Conditional Formatting - . objectives. use the if function use the and function

Falling in Love with Forms [BlendConf 2014] - In this session, we will explore forms from top to bottom, examining how

Falling in Love With Forms [Breaking Development Nashville 2015] - Forms. without them, the web would not be what it is

Falling in Love with Forms [Øredev 2015] - Forms. without them, the web would not be what it is today, but they are