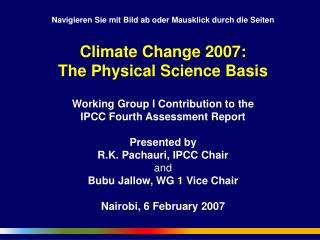 Recent activities of climate change programme of the WHO - . james creswick, technical officer who regional office for

Recent Observations on Events - Hello friends and fellow observers of the world!!! posting has certainly slowed down