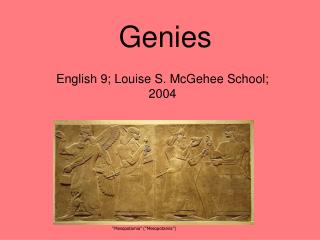 Genies. English 9; Louise S. McGehee School; 2004. “Mesopotamia” (“Mesopotamia”). The Genie. In Babylonian mythology the genie was a winged creature with the head of a human, lion, or hawk.