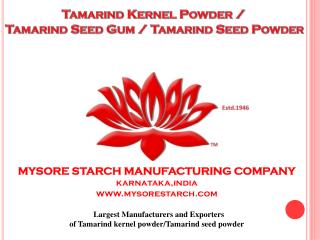 Cassava (tapioca) Starch Production - . structure of the cassava market in thailand. distribution of cassava root to the

The Effect of Concentration, pH, and Temperature of Salivary Amylase on the Rate of Starch Disappearance - . by: caroyln