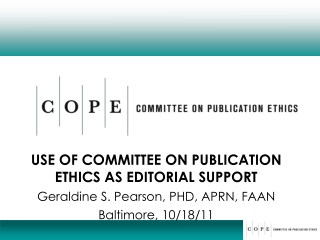 Publication ethics - . sessions 22-23 c507 scientific writing. introduction. in these sessions, we will look at a number

Ethics in Research and Publication - . what is “research”?. generally defined as “studious inquiry or examination

AS Ethics - . introduction and course content. expectations. to get involved and be an active part of class discussion:

SCI Paper Publication Support - If you want your manuscript to be published, you might need to go through your paper and

Faculty of Health Ethics Committee - . programme of workshops and events for 2009-10 a booking form is available at the

Ethics as AoK - . ethics as aok. “i cannot see how to refute the arguments for the subjectivity of ethical values, but

AS Religious Ethics - . revision deontology &amp; kant. deontological ethics. based on the idea that an act’s claim