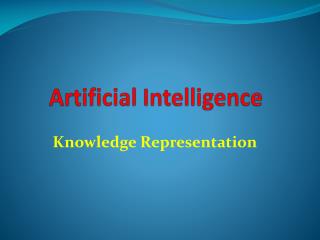 Artificial Intelligence - . definition: artificial intelligence is the study of how to make computers do things at which,