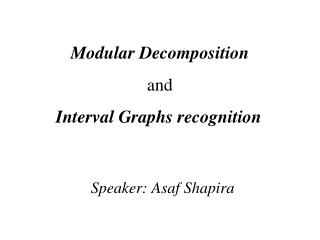 V8 Molecular decomposition of graphs - . - most cellular processes result from a cascade of events mediated by proteins