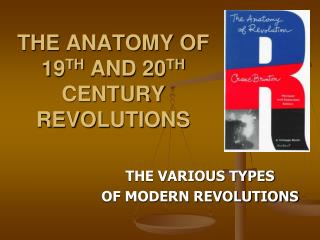 THE ANATOMY OF 19 TH AND 20 TH CENTURY REVOLUTIONS THE ANATOMY OF 19 TH AND 20 TH CENTURY REVOLUTIONS

Revolutions - . mwh c. corning nov. 2009. essential questions. what is a revolution? what are common chararcteristics of

The Non-aligned Movement - . and the emergence of the third world.

REVOLUTIONS - . green family unit two. we will be looking at three revolutions 1. the glorious revolution of england 2.

The Structure of Scientific Revolutions Part II - Part i, paradigms of science. pre-sciencegrow out of everyday