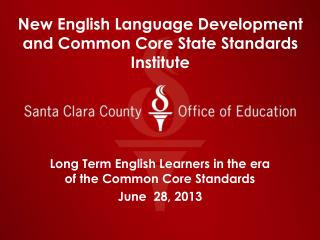 ELA Common Core Standards: The Take-Aways - This is a short overview of the shifts and thinking behind the common core

ACCESSING THE COMMON CORE STANDARDS WITH ACADEMIC LANGUAGE - . toward a higher standard of performance. 2011 oelas

Mathematics Common Core State Standards - . old boxes. people are the next step if people just swap out the old standards