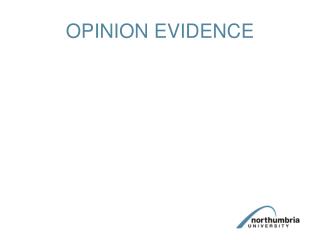 OPINION EVIDENCE. What is opinion evidence?. Essentially it is evidence in the form of inferences drawn from facts by an expert or non-expert witness. Exclusionary rule.

Evidence, Data, and Conclusions - . based solely on the data above, what is one conclusion you can make? what evidence do

DNA Evidence - . how can dna be used to solve crimes?. objective : describe how dna can be analyzed and used as evidence.