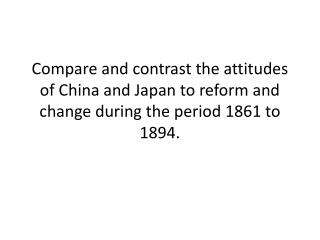 Compare and contrast the attitudes of China and Japan to reform and change during the period 1861 to 1894. Thesis statement.

The Growth and Stability Pact - . a well-intentioned, misapplied fiscal rule for the european union. michael crumrine

The Salamanca Statement - . probably, at present, the most important international policy document about inclusion

Welcome to Mars - 01. welcome to mars. 02. first permanent settlement on mars. thesis goals this thesis will strive to

English 101 Thesis Statement Requirements - . i evaluate your essay based on the effectiveness of your central idea. you