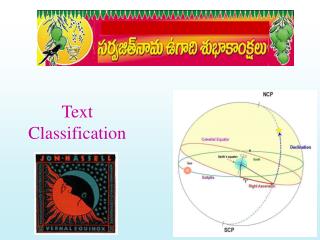 Classification Text - . unity. has the text divided the topic into (?) distinct parts? is each of those parts based

Text Classification and Naïve Bayes - . an example of text classification definition of a machine learning problem a