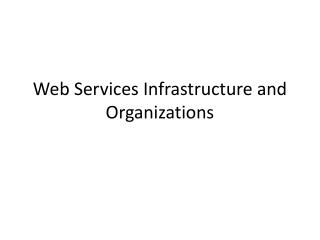 Web Services and Grid Services - . mike jackson – epcc some slides in this presentation are graciously provided by the

IT Infrastructure Services - We offer it infrastructure services in riyadh. developing and maintaining an enterprise data