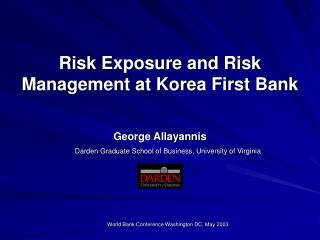 RISK MANAGEMENT IN THE CORRECTIONAL SETTING - . jacqueline moore president moore and associates february 2006. what is

Risk Management - . dr.talal alkharobi. risk management. without an understanding of the security risks to an