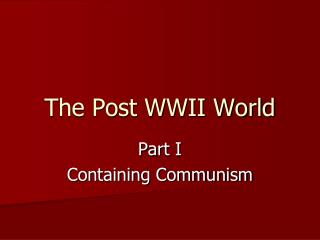 APUSH World War II Notes - . part a. causes of the war in europe. versailles peace treaty what did the treaty do to

WWII - . america emerges as a world power. leading up to wwii. roosevelt’s good-neighbor policy u.s. pledge not to