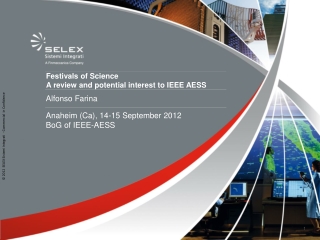 Festivals of Science A review and potential interest to IEEE AESS. Alfonso Farina. Anaheim (Ca), 14-15 September 2012 BoG of IEEE-AESS. CONTENTS. What is a Festival of Science Festivals in World and in the US Festivals in Italy (Genoa) Festival of mathematics (Rome ) By: Alfonso Munoz - . it’s difficult to say just when and where the black vocal group was invented. maybe it was in the

Empacadora Zan Alfonso - . zan alfonso is a company founded in 2002 by a successful group of mexican agroindustrial