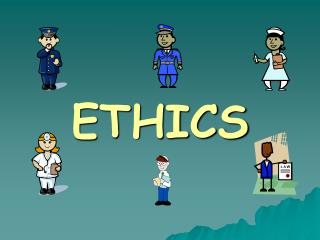 Chapter 1: Ethics and Ethical Reasoning - . why study ethics? there are differing views of moral rights and wrongs