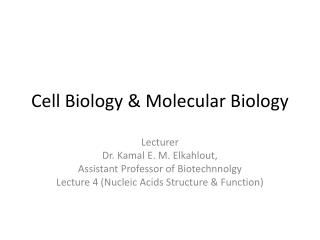 Molecular Biology - . elements present in your body other than water…. carbon-30% of all biomass, original source of c