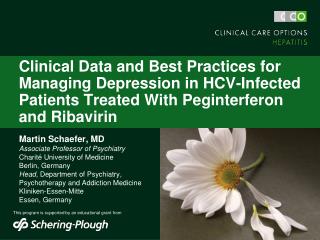 Management of Patients Co-infected with HCV and HIV: A Close Look at the Role for DAAs - . susanna naggie, md assistant