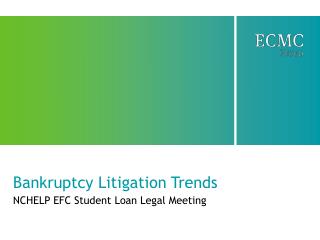 Bankruptcy - Once you decide to become bankrupt the licensed insolvency trustee, formerly referred to simply as a

Bankruptcy - . you cannot engage in transactions effectively without understanding the extent of and limits on bankruptcy

Litigation - . college of nursing december 13, 2006 john o. cates. how often and why are faculty members sued?. we

BANKRUPTCY - Walker &amp; mann. bankruptcy. douglas k. mann. what you need to know about the laws that will change

Bankruptcy - . not paying the piper. corporate bankruptcy facts. in march 2003, pwc forecasted that around 10,000

Bankruptcy - Hiring an experienced attorney can make the process of filing for bankruptcy much easier.file bankruptcy