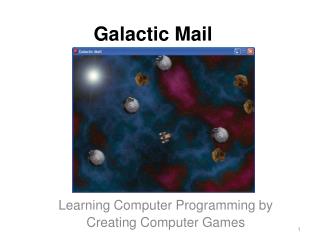 GALACTIC UNIVERSE - . twinkle, twinkle, little star, how i wonder what you are?. what are stars? and what are they made

Galactic Nuclei - . active galactic nucleus. the centers of galaxies are found to be 1. a dense stellar cluster,

GALACTIC UNIVERSE - . what is a galaxy?. it is a group of billions and billions of stars held together by gravity. spiral

Galactic Structure - . motion of the stars. the gravity of stars in the galaxy causes stars to move. this motion can

Galactic Radio Science - . including recent results from nrao facilities. claire chandler, nrao (with thanks to cornelia