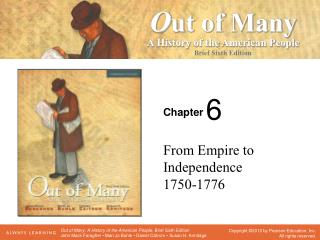 Chapter 5 The Spirit of Independence (1763-1776) - . section 4 moving toward independence. essential question. why did

From Empire to Independence - . chapter 2. the imperial crisis. britain’s relationship with the colonists changed.

The Ottoman Empire - . 1750-1914ish. decline of the ottoman empire. empire on the verge of collapse. nature of the

The Declaration of Independence - . oklahoma students join together in november to celebrate our freedoms!. what are our

MEXICO’S FIGHT FOR INDEPENDENCE - . post-test spanish i culture. 1. who controlled mexico when it declared its

Chapter 19: Southwest Asia and the Indian Ocean 1500 1750 - . the ottoman empire the safavid empire the mughal empire.

The Road To Independence: (1770-1776) Chapter 4 - . the greed for territory produced by mercantilism also meant that

Fall of Empires 1750-1914 - . turkish ottoman empire. reasons for the decline of the empire opportunities to add new