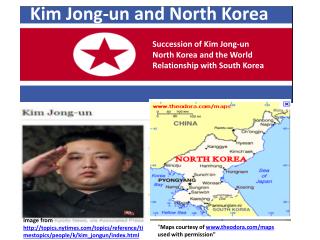 North Korea - . strange “facts” about kim jong il. he was born under a

North and South Korea - . contents. what you will be learning about: climate the physical geography c urrency flags