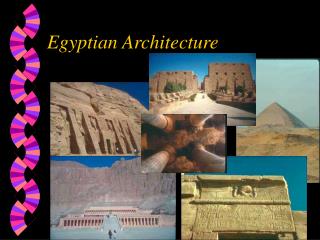 Egyptian Gods - . 10 gods jassi period 5. tawaret 'the great one' . tawaret was a goddess who protected women during

Egyptian Symbolism - . by: alan missildine. my

Egyptian gods - . by l ewis savage. a nubis. appearance : man with a jackal head. anubis was the god of embalming and the

Egyptian government - . self starter. define the following from your textbook:. hieroglyphic papyrus mummification

Egyptian Mummification - . do now. take out your lesson 4.2 fact-finders and let’s discuss the following: why did

Egyptian Art and Architecture - . do now . who is at the top of the social structure in egypt? why is this? which

Egyptian Civilization - . the gift of the