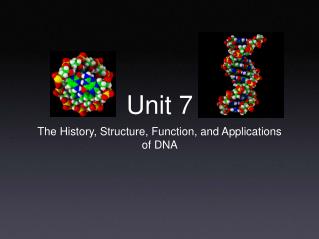 Unit 7 The History, Structure, Function, and Applications of DNA The History of DNA It took a lot of different scientists a long time to figure out that DNA is the molecule controlling inheritance of genetic traits

Unit 7 - . safety and health at work. introduction. most employees spend at least eight hours at their workplace, the

Unit 7 - . subtraction of common fractions. subtracting fractions is almost like addition. you find the common

UNIT 7 - . presentation 2. there is a cow in the kitchen. there are three cats on the table. there is an elephant on the

UNIT 7 - . collective bargaining and organisational rights. learning outcomes. after studying this unit, the should

Unit 7 - . what did the ancient egyptians give us?. egypt . before you read…. 1. where is egypt located? what is the

Unit 7 - . measurements in chemistry. 0. the standard units. scientists have agreed on a set of international standard