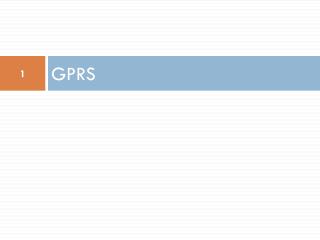 GPRS. Before GPRS: HSCSD. HSCSD or High Speed Circuit Switched Data was the first upgrade to be standardized by ETSI to bring high speed data to GSM GPRS - . gprs (general packet radio service) is an overlay on top of the gsm physical layer and network entities.

GPRS Technology - . technical seminar under the guidance of mr. n.srinivasu. what is gprs. gprs is a new set of