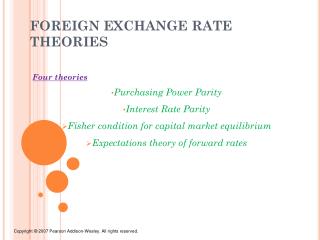 The Goals for this Course - A course on linguistics for students of english --su liqin school of foreign languages,

International Finance - Foreign exchange markets in the us, we use the us dollar as currency, and most countries have