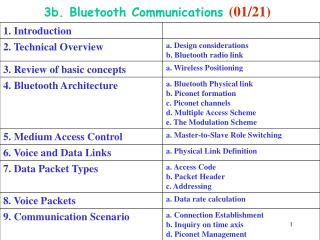 Module 3B: - . geometric relationships. special pairs of angles: complementary angles - angles that have a sum of 90

Module 3b - . baghouse filters &amp; scrubbers. what are we doing in class today?. how was working on the project in

Unit 3b - . what you are assessed on:. ideas, imagery, vocab and detail (content) structuring your ideas and writing

Warm up 01-21-14 - . question: what is a solution? answer: a mixture that is homogenous at the molecular level (often