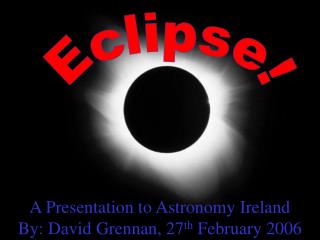 Chapter 8: The Rise of Rome - . in your notes, do a quick-write listing everything you know about ancient rome. think

Greek Mythology - . creation. in the beginning there was …. chaos. from chaos came gaia. and the two darknessess.

Josh Winn - Models for the eclipses of the t tauri star kh 15d: occultation mapping of a pre-main-sequence star. josh

The Mythological and Archetypal Approach - . by: kristi, grant, parth, ben, and shrey. mythology. definition: a set of

The Genitourinary System - . chapter 12. all the best santas are furry. the genitourinary system. includes animal

WELCOME - . to thiva. thebes and

National Mythology Exam General Review - . practice exam #1 (choose the best answer, and go to the next slide to see if

Domestic Violence in Child Custody Cases: Increasing Safety and Wellbeing for All Family Members - . the institute of