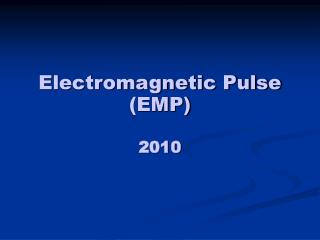 Hunter Smith And Kevin Fuquay Per. 5 - . what is emp?. the term electromagnetic pulse (sometimes abbreviated emp) has