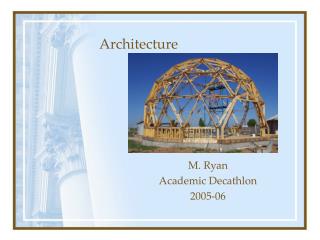 Academic Decathlon – WWI - . music – section iii supposedly created by steven, but no one can really prove that.

Learning to Learn Through Academic Decathlon - . stephen bergauer. about me. 6 th year involved with decathlon as a