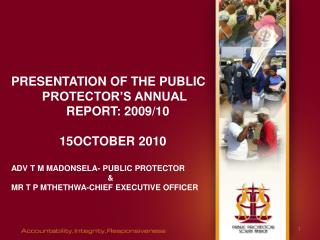 Cases from the 2010 SHOT Annual Report - . you are free to use these examples in your teaching material or other

Public perception of law-enforcement forces Survey report - . financed by eu. the report is submitted by: business

Dr. Calsyn has no conflicts of interest to report for this workshop presentation - . gender specific sexual risk