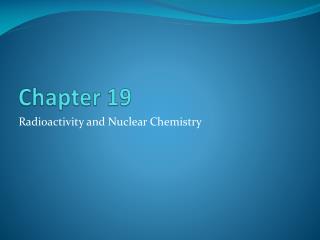 Chapter 19 - . 19- 1 prokaryotes . robert hooke, anton van leeuwenhoek, and the invention of the microscopic opened our

Chapter 19 - . a revolution in politics: the era of the french revolution and napoleon. timeline. map 19.1: north

Chapter 19 - . issues and ethics. identifying an issue. issue: a subject or problem that has more than one point of view

CHAPTER 19 - . ownership and risk. click your mouse anywhere on the screen when you are ready to advance the text within

Chapter 19 - . networks. what’s inside and on the cd?. in this chapter you’ll learn: basic network terminology to