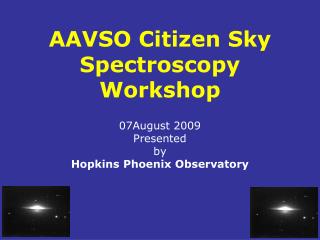 Nuclear Magnetic Resonance Spectroscopy Workshop - . objectives: by the end of this workshop you will be able to ... 1.

The AAVSO and Dorrit’s Contributions - . arne a. henden director. dorrit and the aavso. became member in 1930 first