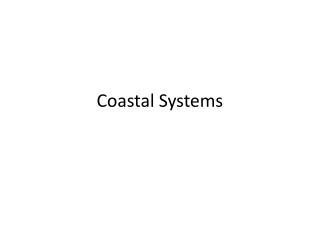 Coastal Systems. Earth System. System- A set or assemblage of things connected, associated, or interdependent, so as to form a complex unity; a whole composed of parts in orderly arrangement according to some scheme or plan .