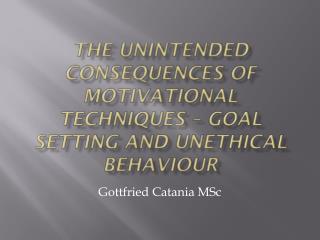 Motivational Interviewing - . what is it? why use it? how to learn it?. agenda. what it is and isn’t (briefly, more

Using Jade Behaviours - Primitive behaviours. simple behaviour: a basic class that can be extend in various ways and most

Clustering Techniques - . clustering outline. goal: provide an overview of the clustering problem and introduce some of