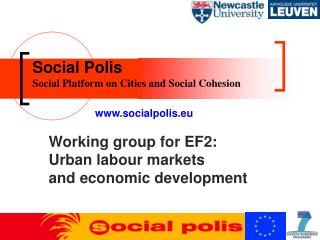 Social Institutions - . prepared by: myren r. valenciano (february 07, 2012). what is a social institution?. a group of

&quot;... a social process in which the constraints of geography - On social and cultural arrangements recede and in

Social Sub-groups - . overview background: how do we characterize the social structure of a ‘group’? exemplar: ken

Dedication - . this book is dedicated to those who lost their lives attempting to save others and to the families who

Egypt Human Development Reports (EHDRs) with a Focus on 2010 EHDR on Youth in Egypt - . presented by: nahla zeitoun