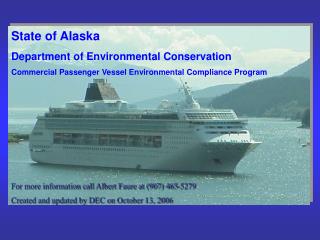 Conservation Project Planning - . presenter 1 presenter 2. leading to make a difference. why should scouts participate in

How Oil Has Transformed the Alaska Economy - . by scott goldsmith institute of social and economic research university of

Conservation Biology - . what is conservation biology? the scientific study of the scarcity and diversity of organisms. -

What Your Town Needs to Know About the National Flood Insurance Program - . presented by: margaret torizzo vt agency of