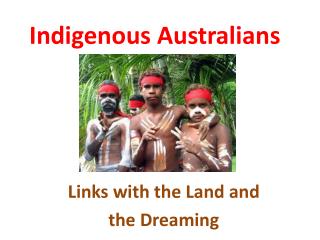 Australians in Hollywood - . these australians have their own star in hollywood’s walk of fame. nicole kidman cate

KEY ISSUES AND CONCERNS OF INDIGENOUS PEOPLES IN REDD+ AND FCPF - . joan carling, aipp. context. the importance of forest

The memory of Indigenous Knowledge is as long as Science's is short - . dialogue on knowledge workshop usdub, panama,

Can you name the famous Indigenous Australians on the following slides