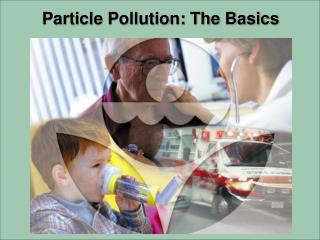 Particle Pollution: The Basics. An average grain of table salt is 100 micrometers across (100 µm). PM 10 ( 10µm ). PM 2.5 (2.5 µ m). What is particle pollution?. Particle pollution is a complex mixture of extremely small particles and liquid droplets. SHIPBOARD OIL POLLUTION EMERGENCY PLAN - . sopep. structure of sopep. should be based on : imo resolution mepc 54(32)

Refrigeration Basics 101 - By: eric nelson basics refrigeration is the removal of heat from a material or space, so that