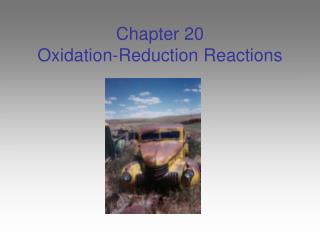 The Organic Chemistry of Enzyme-Catalyzed Reactions Chapter 3 Reduction and Oxidation - . redox without a coenzyme.

Predicting Reactions - . presented by mr. mark langella ap chemistry instructor college board consultant 2009. why do the