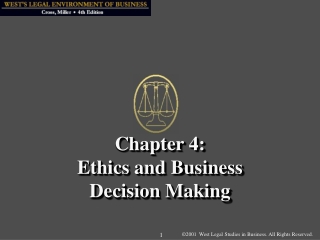 Chapter 4: Ethics and Business Decision Making. Introduction. Businesses should be careful to do more than comply with the laws. Consumers and shareholders are requiring companies to do what is “ethical” which sometimes may impose additional duties required by law.