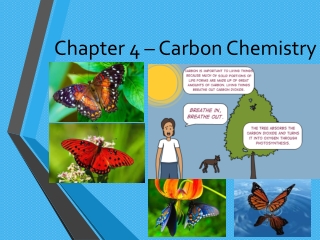 Chapter 4 – Carbon Chemistry. Section 1: Properties of Carbon. Because of its unique ability to combine in many ways with itself and other elements, carbon has a central role in the chemistry of living organisms. Carbon Atoms and Bonding