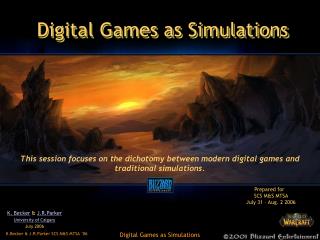 Digital Games as Empathy Machines - - Can we support empathy, compassion, and perspective-taking skills through

DIGITAL GAMES: - . play games to: save the world? learn? social skills, how to use technology, academic subjects or just