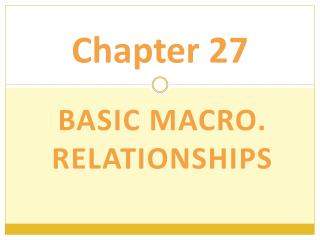 Chapter 27. Basic Macro. Relationships. We begin this chapter by examining the relationship between 3 different pairs of economic aggregates which include; Income and consumption and income and saving relationship. Interest rate and investment relationship