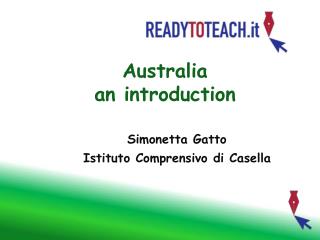 Introduction to Amber - . the theory and practice of biomolecular simulations using the amber suite of programs. dr.

A flexible and generic web-service for the delivery of geophysical data - Euroseismic meeting, paris, november, 2004. a

Why Australia? - . are you looking for an international education?. do you want a quality lifestyle?. gain a life-time