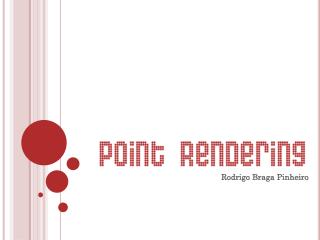 Rodrigo Braga Pinheiro. What is it?. It is a point-based rendering, i.e., the 3D models are represented by points (point cloud) and not by triangles, as they are commonly represented.