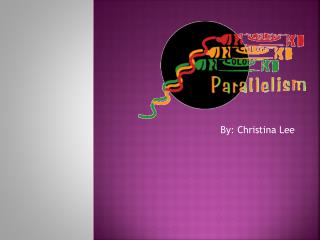 Christina Rossetti - . her life and poetry. background. born dec. 5, 1830 in 1848 became engaged to james collinson, but

Christina and Lorenzo - . by andrew f. in florence,italy , in the year 1452, king and queen moretti ruled. they had two

The Quietest Road b y Christina - . the quietest road i’ve ever been was in darnestown called finegan. so peaceful and

Christina N. Tippit - Is anyone searching for a solution?: transboundary groundwater resources shared by the united

S153253 Christina Eustice Assignment 1 - . the following is a subject based portfolio on the vietnam war that can be used

A Very Basic Approach to some of Transfusion Medicine - . christina lee r5 haematology. what are the blood products we